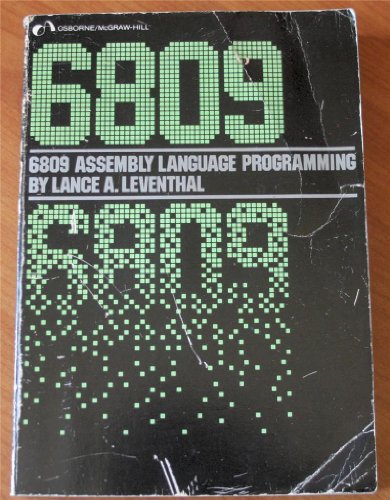 Buy on Amazon
Found in 1 comment on Hacker News
jacquesm · 2022-07-25 · Original thread
Getting it to the point where it would assemble itself was pretty much the goal of the whole exercise. Hand assembly with Leventhal's book (which I still have :) ) to get it to work, usually one subroutine at the time. And then once it work things got much quicker, the bigger problem then was a proper editor.

Memory management was a tricky part and macro expansion only got done after the whole thing worked (that would have saved a lot of time but I couldn't see the wood for the trees at that point).

The nasty part was that instructions were variable length so you could get into these weird errors where your initial guess for a jump target was too small, which would then move everything else as well, which might lead to other jumps becoming too small. I don't have the code any more but I think I fixed that by making all the jumps long jumps initially. A bit wasteful but that way I could at least get it to work in one pass. Later on when I got better at assembly that sort of thing got fixed.

The end product was endless 'data' statements that were poked into memory at 48K and up, right over the basic interpreter, which we had figured out a way to page out and replace from software. This later led to an annotated version of the basic that came with that computer (a version of MS Basic) and subsequently a replacement interpreter with a lot of built in goodies (double speed tape interface, a whole raft of new statements and functions). Good times!

Shout out to my friend Henri G. who did at least half of that work, we had identical home computers (Dragon 32) and worked together a lot on this. He probably still has his in working order :)