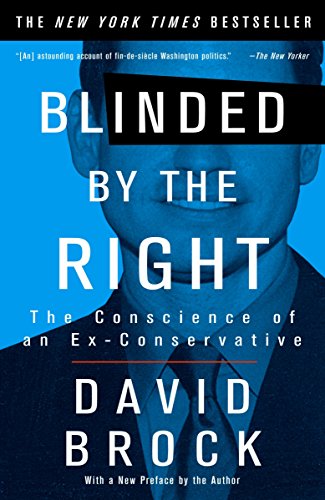 Blinded by the Right: The Conscience of an Ex-Conservative

Buy on Amazon
Found in 1 comment on Hacker News
PaulHoule · 2020-09-17 · Original thread
Maybe in Germany an architect can make a flawed building and get away with it, but in America the buyer or resident will have recourse to the courts and will take advantage to the maximum possible.

In the case of that train shed, the innovative design is not going to improve the business results, and almost any desire to have a unique image can be pursued at low cost by putting a sign on or around the shed. If you want to keep that image fresh you can replace the sign at 0.01% the cost of replacing the building.

The motivation of making a building that impresses other people is dangerous -- the Ancien Regime in France was motivated a lot by that but they found that that "track" leads to losing your head.

Ironically, the shed was commissioned by people involved with the notorious Mellon family which did an astonishing amount of damage to the U.S. Economy and Political system circa 1975-2000. For one thing they refused to upgrade US steel production to use the basic oxygen furnace as Germany and Japan were doing -- and they used protectionism to keep their expensive low-quality steal going into U.S. products such as automobiles. Thus they harmed the competitiveness of US industry.

After protectionism was discredented, the Mellons then went on to pay this guy

to promote fake scandals around Bill Clinton and ultimately maneuver him to get impeached.

If somebody got them to listen for once and abandon one vainglorious scheme that would have been remarkable -- because it is just so hard to get people like that to listen! Heck, had somebody showed Louis 14 or 16 some tough love we might be watching "Keeping up with the Louises" on reality TV!