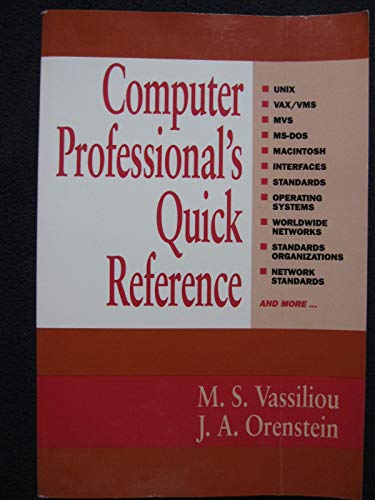 Buy on Amazon
Found in 1 comment on Hacker News
geophile · 2020-05-31 · Original thread
Being 63, I don't get to say this very often: I am one of the youngest people in this conversation.

Delighted to read these stories about even-older-than-me old-timers. Even though I am a relative spring chicken, I'll list my old-timey computing experiences:

- PDP-8m in high school. 12k 12-bit words for four terminals running Basic. By special arrangement, I could take over the whole thing and use FORTRAN.

- IBM-370 in college, and I spent lots of hours on an IBM 029 keypunch. (That's where I developed my love of loud, clicky keyboards.)

- First job with Datasaab (yes, a computer division of Saab), and I programmed in their weird DIL-16 language.

- Various VAXen in my early working life. Picked up Emacs in 1985 and now it's in my fingertips.

- A buddy and I wrote a book intended to support people who needed to work with a large variety of computing environments, (a real problem my buddy encountered). It was instantly obsolete, as it was published as minis were dying and PCs were becoming dominant. (https://www.amazon.ae/Computer-Professionals-Quick-Reference...)

- Many years in startups, mostly in Unix/Linux environments.

Retired now, but still enjoying programming. Having a blast with my current project: https://github.com/geophile/marcel.