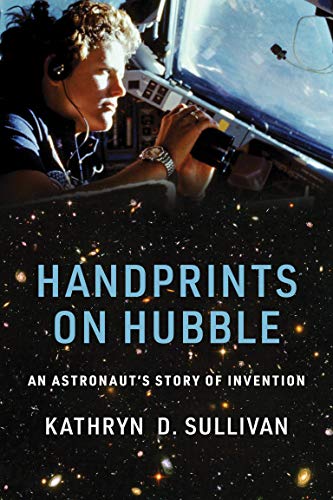 Handprints on Hubble: An Astronaut's Story of Invention (Lemelson Center Studies in Invention and Innovation series)

Buy on Amazon
Found in 1 comment on Hacker News
areoform · 2020-06-10 · Original thread
Kathy Sullivan is my heroine. Her first spacewalk was one of the most dangerous spacewalks ever attempted, as they tried to demonstrate the Orbital Refueling System (ORS) capability of the Space Shuttle.

It would work as follows, an astronaut would manually capture a satellite with the help of the Shuttle's arm, and then they would move it into the bay where they would refuel it with a hypergolic mixture that included hydrazine. At the time, the odds for a fatal interaction with the hydrazine were rated low, but in retrospect, this manoeuvre was extremely dangerous and incredibly unwise.

The details of the experiment involved them doing an EVA and then servicing the satellite and hooking it up with the fuel source, before retreating to the shuttle to let the hypergolics flow. It is needless to say that a mistake would have been costly. AFAICT, the project was never attempted again and was cancelled after the loss of Challenger.

Her second mission was even more interesting. She helped deploy Hubble - she wrote about that experience and others in "Handprints on Hubble", https://www.amazon.com/Handprints-Hubble-Astronauts-Inventio...

It's well worth the read if you're interested in space.