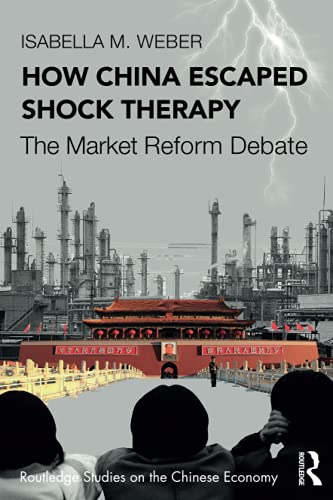 Buy on Amazon
Found in 1 comment on Hacker News
throwaway34241 · 2021-11-21 · Original thread
> This is the very tangible result of suboptimal choices.

I agree - I've always liked that story about the grocery store.

I don't think bad policies are something that can be straightforwardly extrapolated into a course to the Soviet Union though. The US has had price controls in the past but backed off. Even large welfare states like Sweden eventually hit a point where they stopped or turned back the expansion of the public sector (reducing marginal rates, eliminating wealth taxes, spending as % of GDP leveling off, etc).

The Soviet Union even collapsed while it was heading in a more positive direction from where they were at (reducing state political and economic control).

So there doesn't seem to me to be a straightforward connection between incremental policy changes and collapse.

I don't see a clear connection between collapse and subsequent "steering back" either. Support for the market economy and multiparty democracy in Russia are both at record lows [1]. Venezuela has undergone an economic collapse but is still very dysfunctional. Neither seems on track to catch up with western countries any time soon.

It's interesting to contrast this with China, which had similar issues to the Soviet Union (of having an inefficient state-run economy) and had heavy debate about how to go about reforming it [2]. At least for their economic prospects the incremental path they chose seems to be working out better.