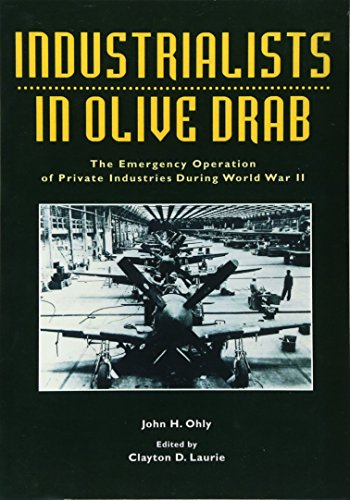 Buy on Amazon
Found in 1 comment on Hacker News
mulvya · 2021-06-01 · Original thread
> In WW2, the US was able to fight two major wars simultaneously, and supply the allies, and move all that stuff overseas. An incredible achievement, only possible from free markets and the wealth produced by them.

The US nationalized many industries during WWII.

From 'U.S. not always averse to nationalization, despite its free-market image'[1]

"In times of war and national emergency, Washington has not hesitated. In 1917, the government seized the railroads to make sure goods, armaments and troops moved smoothly in the interests of national defense during World War I. Bondholders and stockholders were compensated, and railroads were returned to private ownership in 1920, after the war ended.

Edit: this appears to be a definitive account of wartime nationalization.

"the individual most closely involved with this effort, recounts the unique story of Ohly and his compatriots who were charged with the mission of guaranteeing that private companies sustained the vital war production of weapons, munitions, and other materiel needed by America's fighting men and the Allies to achieve victory overseas"

Rather, it was having access to 1) continent-wide natural resources and 2) no combat theatre domestically which would have disrupted manufacturing, warehousing, transportation, not to mention civilian life and morale.