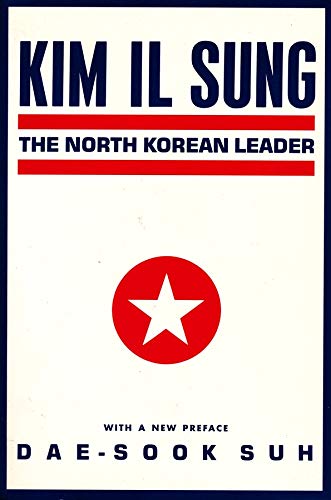 Buy on Amazon
Found in 1 comment on Hacker News
pattusk · 2022-07-25 · Original thread
The reference biography of Kim Il Sung is "Kim Il Sung: The North Korean Leader" by Dae Sook Suh. A relatively fair treatment of the man given that the author is notable for his anticommunist bias: https://www.amazon.com.au/Kim-Sung-North-Korean-Leader/dp/02...

I can also recommend Kim Il Sung's own autobiography, With The Century: https://en.wikipedia.org/wiki/With_the_Century (wiki page has many links to the full book). Because it was written by Kim himself, it's a lot less hagiographic than what you might expect (he didn't have to worry about censorship). Plenty of embellishments sure, but also shows a very human picture of the man.

To give a bit more historical background on the conspiracy theory: Kim's anti-Japanese actions in the 1930s-40s had received some coverage in the Korean press - despite Japanese censorship. He went into hiding in the USSR in the early 40s and was sent back to Pyongyang by the Soviets a couple months after the August 1945 liberation of the peninsula. Dissatisfied with their first choice for a North Korean leader (a man named Cho Man-Sik), the Soviets intended to replace him with Kim (a convinced Stalinist) after some PR efforts to bolster his public image.

At Kim Il Sung's first public appearance at a rally in Pyongyang in late 1945, people were shocked by his young age (there are several testimonies from people present at the event attesting to this). This was exploited by the anti-communist South to discredit him, claiming that someone that young could never have done the resistance deeds that people had heard about during the colonial period. As Suh's book shows, however, there is a good amount of evidence to support the fact that he was indeed a leader in the resistance against Japanese colonization (albeit not the only one) with several feat of arms (albeit not nearly as many as later claimed).