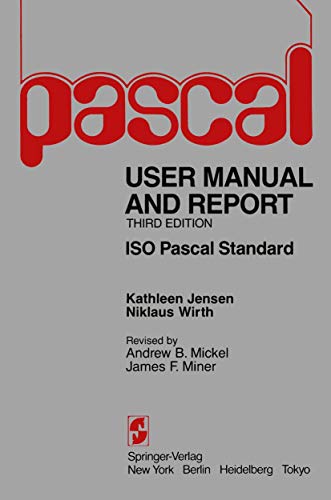 Buy on Amazon
Found in 1 comment on Hacker News
todd8 · 2022-09-15 · Original thread
I learned Algol 68 by studying the Revised Report on Algol 68, which was published in 1977 as an edition of ACM SIGPLAN (Special Interest Group on Programming Languages) Notices. The publication can be downloaded for free from the ACM website, see [1]. The first author is Van Vijngaarden.

Page 6 of the report presents the ideas of the Vw-grammar. Protonotions, Notions, Metanotions, Hypernotions, Paranotions, Symbols, Productions and Production Trees are introduced to explain the grammar! I encourage readers to take a peek at almost any paragraph of the 70 page Algol 68 report and compare it to the The Programming Language Pascal Revised Report by Wirth [2],[3]. It's easy to see why Pascal became quite popular and Algol 68 never did.

Despite the fact that Algol 68 was too difficult to compile efficiently at the time, it introduced a number of features we take for granted today. See Richard Hamlet's Ignorance of Algol 68 Considered Harmful, [4].

On a personal note, I was a young Computer Scientist at the time these reports were published, and I miss how easy it was back then to keep up with the research that was going on at the time. Today it's impossible to be a generalist. So many independent and important branches have sprouted off the trunk of CS that everyone is a novice in major parts of the field.