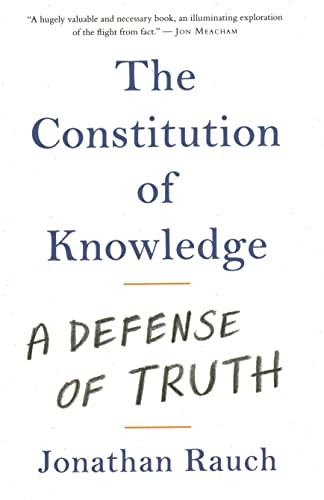 The Constitution of Knowledge: A Defense of Truth

Well, we generally consider social media companies tech companies. And since they don't really have anything else other than the tech stack (and the users on it, but they don't "have" those), not sure as what you would characterise it.

What makes you think that the desired engineering improvements are about "keeping [the] website running"?

It seems to me that what is being sought are engineering solutions to, for example, stop the spread misinformation without censorship. That would be pretty cool, I think. And I can imagine a way of pulling it off, because we actually have such mechanisms in the (non-internet) social networks that make up what Jonathan Rauch calls The Constitution of Knowledge.[1]

These mechanisms use network effects to amplify good information and attenuate (but not censor) bad information. What is good and bad? The network decides this by what information it attenuates or amplifies. Bad scientific papers don't get cited, good ones do. The stories in the National Enquirer don't get picked up by other papers, and nobody believes them to be true.

This obviously isn't perfect, but it's about as good as it's gonna get, and works pretty well in practice.

Internet social media disrupted these mechanisms by its extreme virality, which seems to apply specifically to bad information. It just spreads extremely fast, literally exponentially (not the "very large" meaning of "exponential"). Kind of like a virus.

And we learned recently that to suppress a viral pandemic, completely 100% sterilising immunity is not actually needed. You just need to slow it down enough to get the R number below 1, ideally significantly below 1. That's what I think the "Do you want to read the article first before retweeting?" prompts are for: slow things down a bit.

Of course "slowing things down a bit" is counter to your economic self-interest and fiduciary responsibility when you're an ad-driven company. So getting off ads completely or at least partly is an important part of it.

Who thinks that? Why do you believe that anyone thinks this? While I don't agree with Elon's approach, the causation would clearly be the other way around: there is a lot of engineering to do to get to a better product (less dependent on ads, more attenuation of bad information without censorship etc.). And all that has to be done while under a bit of pressure, this ain't a Greenfield project with unlimited runway. So yeah, might get a bit "hardcore".