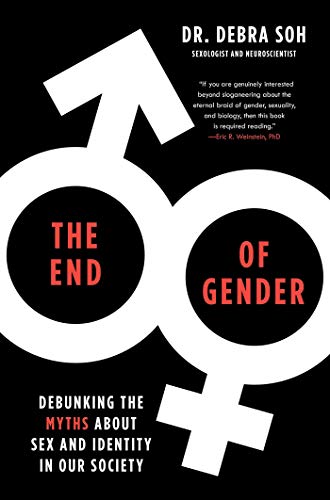 The End of Gender: Debunking the Myths about Sex and Identity in Our Society

Buy on Amazon
Found in 1 comment on Hacker News
eloff · 2020-09-23 · Original thread
I actually explained why this is often, but not always, a contagion of the mind. I'll spell it out for you "dude":

If there's some property "being trans" which functions like we think "being gay" does, either set biologically or early on in life or some combination of those, then you expect this property to be relatively randomly distributed in the population.

What you see instead is one teenage girl transitions and then her friends are far more likely to also transition. The effect clusters around social relationships. Hence it's a social contagion of the mind.

Again not in all cases, I'm not denying there are real trans people out there who benefit from transitioning.

Dr. Debrah Soh lays the argument out in much greater detail and with supporting citations in her book: https://www.amazon.ca/End-Gender-Debunking-Identity-Society/...