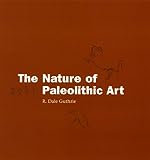 The Nature of Paleolithic Art

Buy on Amazon
Found in 12 comments on Hacker News
tokenadult · 2015-06-07 · Original thread
The Nature of Paleolithic Art by R. Dale Guthrie.[1] I accidentally chanced upon this book in a library catalog search while looking for something else. The author is a biologist based at the University of Alaska Fairbanks who specializes in late Pleistocene megafauna (including Homo sapiens) and who is a very skilled visual artist himself. He analyzes most of the surviving rock art from the earlist period of human art around the world and along the way discusses hunting, ancient art technique, sex, and the nature of human nature. The book is full of interesting illustrations and lots of food for thought.

tokenadult · 2014-10-09 · Original thread
There are a lot of good stories about this being posted today. Rather than make a new submission, I'll mention here another article about the same find that I saw today and liked.[1] For background information about what we knew about paleolithic art before these latest discoveries, I strongly recommend I recommend The Nature of Paleolithic Art[2] by R. Dale Guthrie, a book I enjoyed reading several years ago. Guthrie is a field biologist and very competent visual artist who specializes in Pleistocene megafauna like mammoths. He went to most of the oldest sites of surviving cave art--although, not as far as I know, to the one now described in today's news in Indonesia--and personally looked at ancient drawings on site as he studied examples of early art for his book. His book shows hand stencil blowpaint drawings and depictions of prey animals much like those in the articles in the news today. He devotes pages of thoughtful discussion to what early human drawings show and what drawing problems early artists encountered. He even mentions interesting evidence like figuring out how old the painters were by how high up on cave walls the paintings are found--it's clear that little kids in olden days practiced by making crude drawings, and became better at drawing as they grew up and could reach higher.

To the contrary, adults died in young adulthood in early prehistory. That is, surviving infancy and childhood still led to a harsh life with high mortality, with most human beings dying before age fifty. The last time this came up in a Hacker News thread, I forgot to refer to the better source[1] I know about Pleistocene human mortality. Looking up just now, I see that there is an even more current and specific source[2] that reports "An assessment of younger (20–40 y) versus older (>40 y) adult mortality distributions for late archaic humans (principally Neandertals) and two samples of early modern humans (Middle Paleolithic and earlier Upper Paleolithic) provides little difference across the samples. All three Late Pleistocene samples have a dearth of older individuals compared with Holocene ethnographic/historical samples. They also lack older adults compared with Holocene paleodemographic profiles that have been critiqued for having too few older individuals for subsistence, social, and demographic viability. Although biased, probably through a combination of preservation, age assessment, and especially Pleistocene mobility requirements, these adult mortality distributions suggest low life expectancy and demographic instability across these Late Pleistocene human groups. They indicate only subtle and paleontologically invisible changes in human paleodemographics with the establishment of modern humans; they provide no support for a life history advantage among early modern humans."

[1] The Nature of Paleolithic Art, by R. Dale Guthrie, a biologist who specializes in Pleistocene megafauna (including Homo sapiens), a fascinating book studded with references to the research literature.

I would be delighted to see any references you have to clarify our understanding of this subject.

tokenadult · 2013-05-02 · Original thread
A claim about "all-powerful mother goddesses" before the end of the fifth millennium BC is inherently unhistorical. The submitted article notes, "For each group, the data included a description of its agricultural methods as far back in time as it was possible to go using historical evidence or, in the case of groups which did not have a written language, the first time they were observed by outsiders." That's much nearer in time than the transition to plowing the article refers to.

See The Nature of Paleolithic Art by R. Dale Guthrie (published by the University of Chicago press)

for much more about the evidence, as analyzed by an author who is a specialist in Pleistocene megafauna (including Homo sapiens) and himself a fine visual artist.

AFTER EDIT: It boggles my mind that I can link to a source in my comment and still have "readers" here ask what my source is for a factual statement in this comment. The source I linked is the source. (The book I link to is by a research scholar, and itself cites dozens of thorough sources about all aspects of human prehistory.) The book I link to is a lot better than any Wikipedia article. (I am a Wikipedian, painfully aware of how many good sources are missed when amateurs edit articles on Wikipedia.)

tokenadult · 2011-06-10 · Original thread
Best novel about growing up is The Chosen by Chaim Potok.

I got a LOT out of that when I reread it at least thirty years after reading it the first time.

Best nonfiction book full of amazing facts and insights into the human condition I didn't know before I read the book is The Nature of Paleolithic Art by R. Dale Guthrie.

There are bunch of others I could remember, but these two in particular took me by surprise by being much better than I would have guessed they would be when I first picked them up.

tokenadult · 2011-04-14 · Original thread
Noting that the submitted article dates from 1987, I decided to Google around to look for commentary on or references to the article.

By the way, the Google searches I did reveal that this 1987 essay is often assigned reading in college classes.

After edit: seeing pg's post (same reply level as this one) reminds me of a very interesting book about pre-agricultural life, based on an extensive discussion of most of the available scholarly evidence.

The Nature of Paleolithic Art by R. Dale Guthrie

Guthrie is a paleozoologist, a bow-hunter, and an a visual artist, who uses his knowledge of Pleistocene times to draw a vivid picture of the life of our ancestors.

tokenadult · 2010-04-08 · Original thread
There is very good evidence for short lifespans until quite recently, including the remaining bones from Pleistocene times. Much of the evidence is reviewed in The Nature of Paleolithic Art,

a book full of interesting information on how our ancestors lived.

tokenadult · 2010-01-11 · Original thread
People who are interested in upper Paleolithic lifestyles will be fascinated by the book The Nature of Paleolithic Art by R. Dale Guthrie, my favorite read of 2008.

The author is a paleozoologist who specializes in upper Paleolithic megafauna (which occasionally are found as frozen specimens with soft tissue preserved in the part of Alaska where he conducts his research) and is also an experience bow-hunter and expert visual artist. The book has an astounding bibliography listed literature in English and other languages about all aspects of human life in the Pleistocene epoch.

The Nature of Paleolithic Art by R. Dale Guthrie

tokenadult · 2009-04-02 · Original thread
The best book about life in Paleolithic days is The Nature of Paleolithic Art by R. Dale Guthrie,

who is a professor of zoology specializing in Paleolithic fauna and an accomplished artist and bow hunter. He cites all the best primary research literature on Paleolithic life in the notes in his book. One fact Guthrie points out is that the lifespan for Paleolithic Homo sapiens was only forty years.

tokenadult · 2009-02-18 · Original thread
Yes. The book review was written by someone less familiar with the research than I would have desired. The opening line I objected to was probably inserted by a Wall Street Journal editor, but the book under review is less impressive than, say,

or other books I've read on closely related subjects. This is a subject that deserves a lot of books, but one might as well read the better books.

tokenadult · 2009-01-31 · Original thread
The importance of play is well confirmed in other animals as well. Some of the primary research literature is cited in The Nature of Paleolithic Art

(by a biologist who is also an artist), my favorite book of last year.