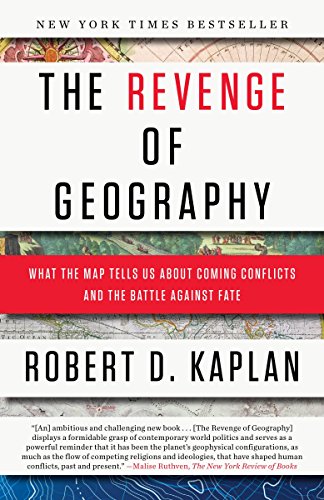 The Revenge of Geography: What the Map Tells Us About Coming Conflicts and the Battle Against Fate

Buy on Amazon
Found in 1 comment on Hacker News
malwrar · 2022-07-25 · Original thread
> Why do you cover Russia's visible actions with a pretty pretense?

Some of Russia’s individual politicians and news outlets no doubt have genuine nationalistic motivations surrounding Ukraine, but it is not clear to me that these are the predominant motives for spending Russian lives and risking Russian security by engaging their forces in an armed conflict. The rhetoric and actions you cite is probably believed and condoned by an increasingly nonzero percentage of the population, but I’m personally not convinced these are much more than pretexts useful to the state in providing political cover to what is ultimately a sovereign chess move (prevent Ukraine from joining NATO, demotivate it and others from future attempts). Russia benefited massively by their previous USSR-era relationship with the surrounding baltic states, and Putin, a former USSR man, has said [1] that the breakup of the warsaw pact was one of Russia’s greatest geopolitical tragedies. I believe his greatest defensive focus is on re-establishing a buffer zone between it and western powers, and likely it’s longer term goals include acquisition of warm water ports and influence over the oil trade.

This does, of course, not justify any of Russia’s actions on a moral basis. I expect many Russian officials will be tried and convicted of war crimes. It merely provides a basis by which european leaders/armchair presidents (me) can ground Russia’s actions and plot countermoves.

> Russia has said it is fine with Finland joining NATO, greatly expanding NATO on Russia's border.

Not even a year ago Russia implied a military consequence if Finland was to join NATO [2]. A few months after this statement was given Russia invaded Ukraine, though this ironically emboldened Finlanders into being majority in favor of joining NATO.

[1]: https://www.amazon.com/Revenge-Geography-Coming-Conflicts-Ag... (can’t find a source for the exact quote, but cited in chapter 2).