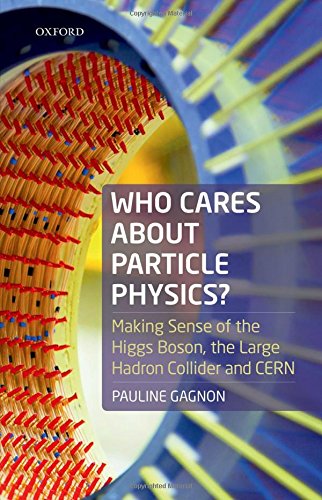 Who Cares about Particle Physics?: Making Sense of the Higgs Boson, the Large Hadron Collider, and CERN

Buy on Amazon
Found in 1 comment on Hacker News
Maro · 2022-09-12 · Original thread
I agree that the sweeping statement "had all the math done by his wife Mileva Marić Einstein" is too much. Also, they got divorced at some point and Einstein didn't stop working then; although they were married in the miracle year.

I read the appendix by chance when I read the book itself, and I have to say it's fascinating. The book is about particle physics at CERN in general, and there's a late chapter about diversity at CERN, to which this is an appendix. The whole book is great, I read it as a refresher, as I left the field of (particle) physics many years ago. Based on the evidence presented, it is possible that some (how much?) of Einstein's most famous work was a collaboration between Maric and Einstein, and they simply didn't include her in the credits, because it was easier to get published as a single male author (and they needed the money).